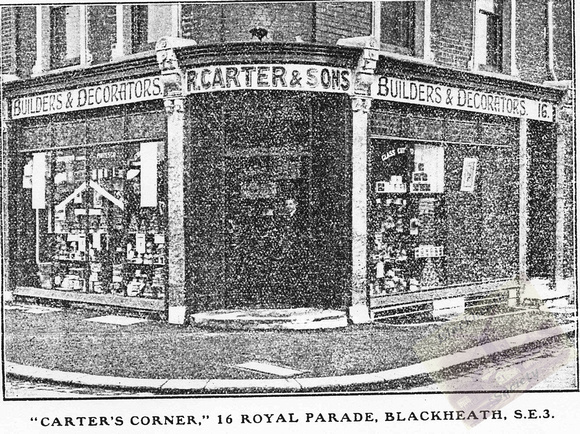 16 Royal Parade R. Carter & Sons, 1927.
Occupied in 1899 by the Royal Victoria Cycle Co. In the 1920s it was taken by Richard Carter and Sons, builders. After WWII, it was a motor cycle dealers, Deeprose Bros and in the 1970s run by Deron Products Ltd as a hardware store