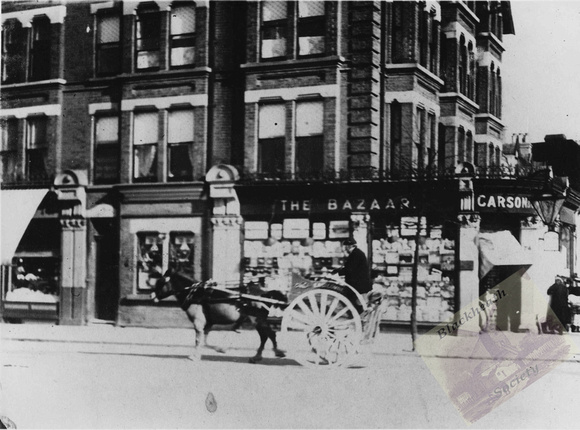 When Highland House was built, No 74 was leased by William Carson for a toy and fancy bazaar. It became known as Carson's Bazaar and as Carson's Corner.

Carson's name (later owned by Alexander Vernon) stayed here until 1913 when the company moved to No 42 Tranquil Vale, where the name stayed until 1930.

In 1920 the shop reopened as a second hand furniture shop. From 1927 to the early 1940s, the corner shop sold lingerie, but 74A, the small shop on the left of the photo was an arts and crafts showroom, a wireless shop and then sold antiques.