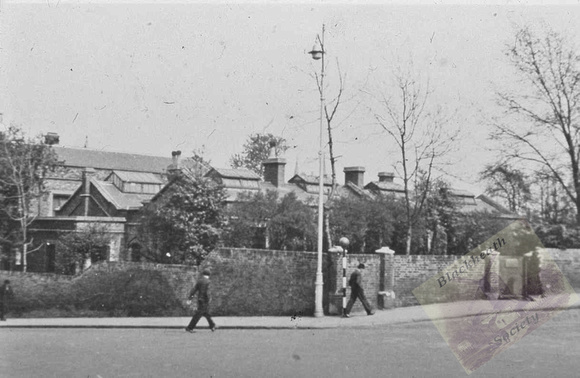 In 1936 the lease of the old BPS building expired, and owing to its unsuitability as commercial premises and housing, demolition was inevitable and the ground cleared.

The new building in its place was named Selwyn Court in honour of the influential headmaster of the BPS.

At that time, with weak planning controls, the expiry of many early and mid-century terrace leases and speculators keen to destroy old houses to erect blocks of indifferently designed blocks of flats, there was a lot of local unease caused by the appearance of Selwyn Court.

In 1936, Douglas Percy Bliss, the artist, suggested in a letter to the Blackheath Local Guide the formation of a local civic amenity society.

"Can we any longer afford to sit by indignant but unprotesting while unenlightened public and rapacious private enterprise repeat here the disastrous blunder of Eltham, or let Blackheath sink to the level of Lee or Lewisham?"

As a result of the Bliss letter, a public meeting was held in the All Saints Hall on January 18 1937 and the Blackheath Society was born. In 1938, this concern was backed by a new company, the Blackheath Preservation Trust whose aim was to purchase and secure historic buildings that were dilapidated or at risk from demolition.
Category:Architecture and Structures
Subcategory:Buildings
Subcategory Detail:
Keywords:BPS, Bliss, Lee, Lewisham, Selwyn Court
© The Blackheath Society