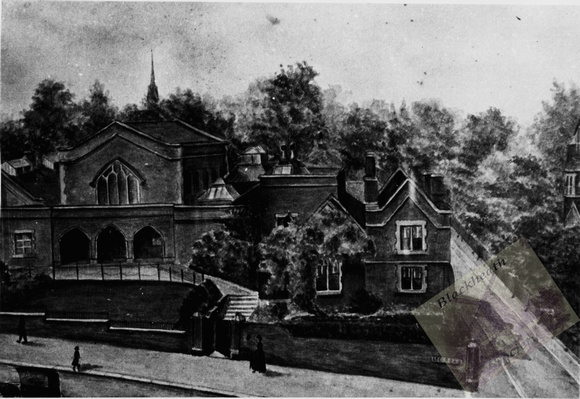 The Village grew quickly in the C19th but the provision of schools was poor, ranging from the very bad (David Copperfield's Salem House was based by Charles Dickens on a school in Blackheath) to the not so bad, like the Revd. William Greenlaw's academy in St German's Place which survives today as Christ College and the Revd. John Potticary's school at Nos 2 & 3 Eliot Place which numbered Benjamin Disraeli among its early pupils.

Blackheath inhabitants sought a public day school offering sound education which would prepare their children for the universities, the army and the church.

A meeting in 1830 led to the establishment of a proprietary school (i.e a school owned by share-holding proprietors) . Subscriptions involved an initial capital of 100 £20 shares. The ownership of a share entitled the holder to send or nominate a boy for the school.
Category:Architecture and Structures
Subcategory:Buildings
Subcategory Detail:
Keywords:In Focus, High Quality, Windows, Lawn Terrace, Lee Terrace, Unknown Copyright, 1885, Blackheath Proprietary School, Arches, Unknown photographer