Galleries 16
Collections 0
Groups 0
This shows the development of Blackheath in the parish and Manor of Lee. It is a relatively small area and remained largely agricultural until the early 1800s. In 1800 the population was about 300 but by 1841 the population was 2300. By 1881 Lee parish had a population of nearly 4500.

At the beginning of the C19th centres of population were tiny mostly concentrated on major cross roads of Lee Bridge at the Lewisham corner, and Lee Green.

The handful of aristocrats and wealthy were to be found at Boone's House, Pentland House, Lee House (Dacre House), the Manor House, the Firs, The Cedars, later at Belmont and Hurst Lodge. The houses were set in small estates providing pleasure gardens, vegetable plots and small farmyards.

It was not until the 1820s that developers made serious incursions on to the agricultural and horticultural holdings. 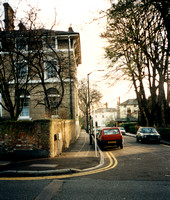 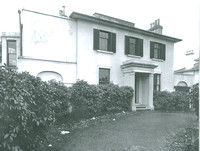 00119. Belmont Hill, The Cedars and its stables 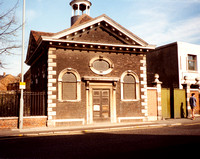