Created 6-Feb-18
42 photos
The Paragon, a crescent of 14 houses, was built over a ten to twelve year period from roughly 1794 to 1806. The architect was Michael Searles (1750-1813) and 3 Blackheath Paragon designs exist. The builder is uncertain but possibly Alexander Doull.

When built, many of the Paragon houses were let on leases for 80-90 years with extra ground, upto 10 acres, for farm use. They were built for a specific market - the new upper-middle classes whose large families needed carriages, stables and servant quarters. and from the outset they were considered an architectural success. it rammed a fashionable place to live up until the first world but during Victorian and Edwardian times, various alterations were made with extensions and additions, especially between the main blocks and over the colonnades. By the 1930s they were rather seedy with many of the houses converted into flats or used as hotels or boarding houses.

There was much damage in the 1939-45 war with 6 of the 14 made totally uninhabitable by bonmb or rocket damage and Nos 1, 2, 9 and 10 being completely destroyed.

Municipal development plans were drawn up for the Paragon site, but local opposition put an end to these and the Cator Estate sold the block rot Charles Bernard Brown's Paragon Preservation Ltd. Brown restored The Paragon between 1949 and 1858, completely rebuilding the gutted houses. Behind the facade of individual houses and colonnades, Brown created a series of flats, about 100 in all. Brown eventually sold the control and ground to the Trustees of Morden College. 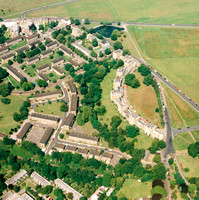 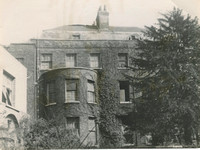 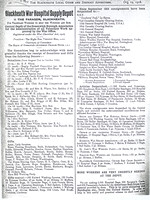 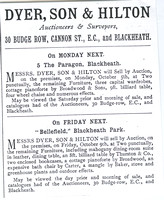 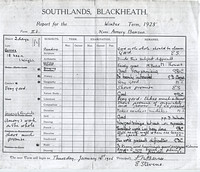 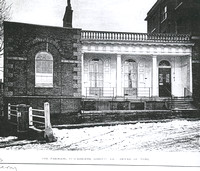 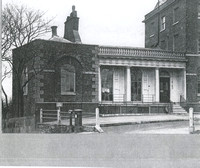 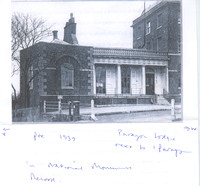 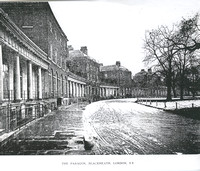 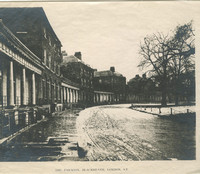 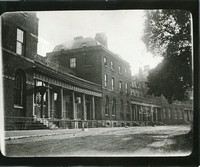 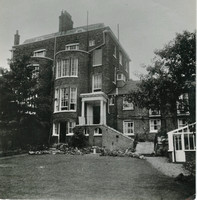