Created 11-Oct-18
105 photos
With an empty building, expensive to maintain and repair and no longer capable of earning any income, the directors of the Blackheath Concert Hall Company faced an impossible challenge. In the 1970s there had been one glimmer of hope when the London Festival Ballet showed a serious interest in establishing itself at Blackheath but financial promises were broken and plans were abandoned. The last full trading year for the company was in 1976-77 and the accounts showed a modest profit. But with its only asset due to disappear in 1983 the company resolved to wind up and it finally ceased activity in December 1978.

Meanwhile the Blackheath Concert Hall had reverted to the Cator Trustees and an application was filed on their behalf for planning permission to demolish the building and redevelop the site.

Although the building had been saved it was necessary to raise at least £500,000 to put it back into shape and make it useable. The Trust and the NCOS created a new charity: The Blackheath Halls, which was charged with the sole and daunting task of restoring and reopening the building for public performance.

Led by Michael Bowers and a board of enthusiastic local supporters the new company set about raising funds. With a prime donation from the Woolwich Building Society, followed by generous support from Greenwich and Lewisham councils, Barclays Bank, LEX, The Greater London Council and many other companies, charities and individuals, the work started. It was assisted by the Manpower Services Commission and considerable financial support from hundreds of local people contributing cash and covenants. In cash and value more than £450,000 was achieved and the building secured, the Recital Room, Foyer and Offices restored, and the handsome frontage cleaned.

The Blackheath Concert Hall reopened in December 1985 with a concert in the Recital Room by the Medici Quartet - almost ninety years to the month since the building first opened. 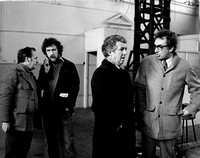 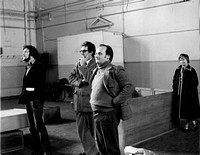 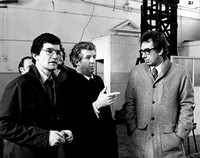