Created 11-Oct-18
54 photos
The war office wanted to remain in Blackheath after 1919 but this was resisted and the Hall was released in 1920. After substantial renovations the building was reopened in January 1921 with a performance of Paul Rubens' Miss Hook of Holland by the Blackheath Amateur Operatic Society. The days of large-scale choral and orchestral concerts were over however and, although many distinguished performers added Blackheath to the concert circuits, it was largely amateur groups who mounted performances of the big musical repertoire.

The Blackheath Dramatic Club flourished with two productions a year of mostly light comedy, thrillers and well-made plays popular at the time.

In the 1920s, there was an upsurge in formal dinner dances and balls and most of the local sporting and social clubs hired the Concert Hall at least once every year for a dance with charitable as well as sociable objects.

During the holidays Captain John Gibson ran a Children's' holiday club offering organised games, badminton and a reading room on Saturdays and during the school holidays from 1922 onwards. 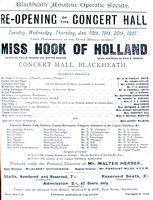 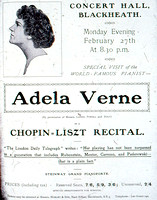 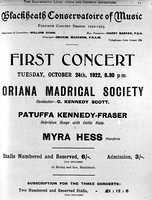 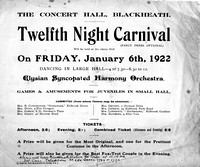 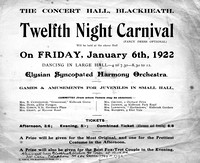 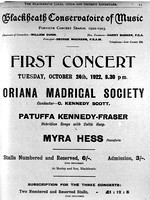 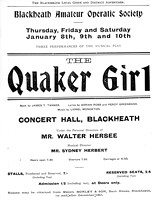