Created 7-Feb-18
24 photos
Kidbrooke, belonging to the Earl of St Germans, remained open country much longer than other parts of land adjoining Blackheath, with a substantial acreage remaining in agricultural use until the 1920s. Even today there are still sizeable tracts in use as playing fields.

During the 1850s and 1860s, the St Germans estate leased off more and more land for building developments. By the last decade of the C19th, Hervey Road, Kidbrooke Grove and the sites of the Herbert and Brook Hospitals had carved large chunks out of agricultural holdings and there was increasing financial pressure on estate owners to release ground for building.

Samuel Rogers was the last tenant of the Kidbrooke farms from 1894 to 1925. Most of the land was cultivated as market gardens, but he also kept a 50-cow herd. In 1921 a large piece of farmland was sold to the Air Ministry for an extension of the RAF stores depot and there was talk of use of the land for a London airport but nothing came of it.

From 1925 the process of developing the remaining agricultural lands began in earnest, with ribbon developments beyond St James' Church in Kidbrooke Park Road. These development continued through the late 1920s up to 1938. 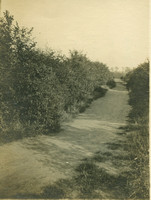 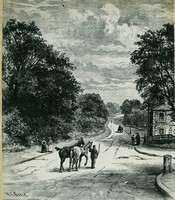 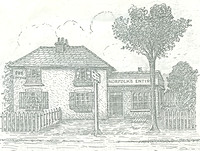 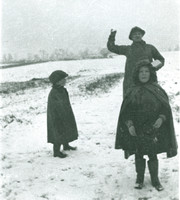