Created 11-Oct-18
21 photos
The Concert Hall was the inspiration of a small group of local mostly amateur artists and musicians who had founded the Conservatoire in 1881, the Blackheath Art Club and The School of Art. Led by William Webster, a scientist but talented amateur painter and musician, the Group obtained a useful corner site of Lee Road and BlackheathPark. It was originally a row of cottages - Park Place - and owned by the Cator Family, with the leases due to expire. Residents who were not keen to move were compensated. The site provided enough space for a new Conservatoire of Music and a School of Art.

To pay for the new hall Webster floated a new company - The Blackheath Concert Hall Company Ltd - in 1893 with an initial share capital of £11,500 in £5 shares.

All the leading Blackheath families subscribed immediately and the designs by architects James Edmeston and Edward Gabriel achieved the necessary licences from the London County Council. Clearance of the site started in 1894. The Hall was built by J. O. Richardson, of Peckham, and the final costs (including furniture and pictures) came to £11,500.
The Blackheath Concert hall was opened officially by Lord Hugh Cecil (the MP for Greenwich) on 26th October 1895 and the first public performance was of Gilbert and Sullivan's HMS Pinafore by the Blackheath Amateur Operatic Society conducted by George Mackern on 29th October 1895.

From the outset the Concert Hall was a success and after some minor alterations was blessed with an outstanding acoustic. It became the performing base for the Blackheath Dramatic Club and the Blackheath Amateur Operatic Society. Until 1914 there were many large-scale concerts, performed by distinguished musicians of international reputation. 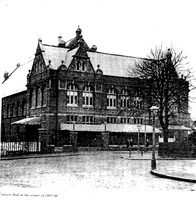 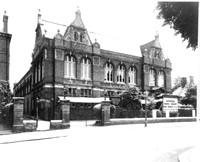 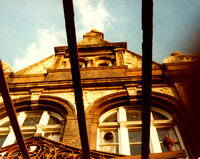 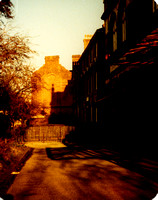 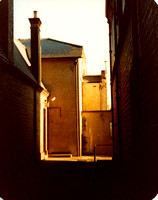 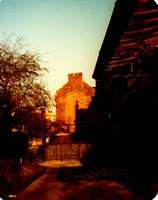 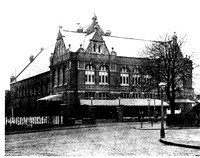