Created 15-Apr-16
20 photos
The novelty of roller skating gripped the Village in 1895. The prime mover behind the establishment of the Blackheath Rink was Henry Richard Smith, an ironmonger who traded from No 34 Tranquil Vale. It was built in two sections - an open area 250ft by 50ft, and a closed section 125ft by 50ft, sheltered on 3 sides by a wall. Built in 1876, it was one of the first in London.

At the Village end he he erected a large hall, Rink Hall. This was lost when the Post Office took it over in 1911. The covered section could be converted into a ball room, meeting hall, or concert room without too much difficulty. It could seat nearly 1000 people with some 200 performers crammed onto the portable stage.

In 1878, the Rink was let for tennis in the mornings, with skating in the afternoon and evenings.

In 1877, the newly reformed Blackheath Dramatic Club staged its first productions there and the venue was added to the lecture circuits. For twenty years, until 1895, the Hall was the centre of every kind of activity - from pigeon societies to lectures by the "Escaped Nun", operatic concerts to humorous recitations.

Its proximity to the railway line limited its usefulness as a concert venue,however, with train drivers prone to blowing off steam and whistling as they passed.

It went into decline with the opening of the Blackheath Concert Hall in 1895 and closed in 1909. In 1911 the Post Office took the main hall for its counters and sorting office. The open and partly covered section of the roller skating rink was used for industrial purposes from 1916 and in 1936 the Holmes Plating Company took the premises, staying until 1987 when the old roller skating rink was demolished and the site developed for private housing. 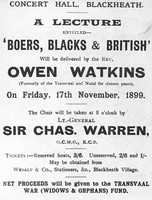