Created 24-Feb-16
51 photos
Independents Road is a relatively recent title, deriving from 1960. The ground was steep, dropping sharply towards the retaining wall of the railway but the site was used by two organisations needing large buildings. Both were religious organisations - The Church Army (previously the School for the Sons and Orphans of Missionaries), Blackheath Congregational church and more recently the Society of Friends.

Lawn Terrace which leads from the Village to Lee Terrace at its boundary with The Glebe was originally a footpath on the edge of a field.

In 1831, William Seager built a row of seven two-storey cottages, miniature versions of the "Tea-caddy" houses (Nos 2-20 Shooters Hill Road, close to St German's Place). They were known as "Seagers Cottages" and four have survived - Nos 11, 13, 15 and 17.

During the war, Nos 1-3 were demolished and Nos 23 to 30 badly damaged by bomb blast. In 1952 the remaining houses of the original Lawn Terrace were taken down as part of the clearance work for a new municipal estate.

The four surviving Seager cottages were subsequently renumbered Nos 11-17 and are all that remain. 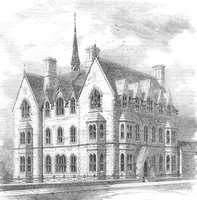 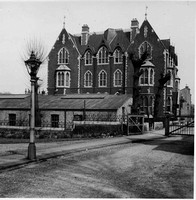 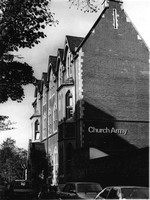 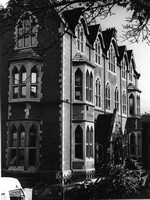 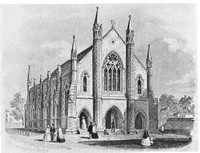