Created 24-Feb-16
82 photos
To see courses and tuition available at The Conservatoire, http://www.conservatoire.org.uk

For a particularly interesting article on the Blackheath School of Art and Art Therapy classes for wounded soldiers in WW1, see Chris Morton's (Admissions Tutor at The Conservatoire) blog
http://bowleybear.blogspot.com

The Conservatoire of Music founded by Webster in 1881 has continued without break to today. Various short-lived choral and orchestral societies flourished from the 1830s and by 1877, a Blackheath Musical Society existed. By 1881, the Music Guild, set up by Webster, Alfred Burnett, William Hayman Cummings and I.A.Crookenden had set up a school of music at No 28, Bennett Park and enrolled 60 students in the new Blackheath Conservatoire of Music.

The founders were nearly all professional musicians and influential in the politics of London musical life. By the mid 1870s a 64 pice orchestra existed as the Blackheath Orchestral Society. In 1889, a new orchestral group ws formed, the Blackheath Philharmonic Society, attached to which was a choir of 120 voices.

The Philharmonic ceased, partly as consequence of internal disagreements about whether secular as well as sacred music should be performed but was reborn in the form of the Blackheath Conservatoire of Music Choral Society in 1895 and the completion of the Conservatoire's new home in 1896.

In 1895, a site had been leased from the Cator Estate for a concert hall and also with enough space for the Conservatoire and the Art School studios.

The Conservatoire opened with nearly 1000 pupils on its books and 50 visiting professors, mostly teachers from the Royal Academy, the Royal College of Music and Guildhall School of Music.

Webster was appointed Honorary Director until forced to resign in 1909 by ill health. George Mackern (1866-1923), a professional pianist and conductor was appointed as Principal and he was able to secure the services of internationally distinguished performers to play and sing, raising the Blackheath Conservatoire's status to a high level.

In 1927, the Conservatoire gave up sponsoring recitals at the Concert Hall as there was no longer the money, nor the local enthusiasm of earlier years.

During the war years of 1939-45, the building escaped requisition but was used as a fire wardens post with the cellar strengthened against the effect of bombs.

Post war, reorganisation of the education system recognised the importance of free or subsidised music. The Conservatoire lacked space for group work and with the Concert Hall still in government use, it lacked a performance venue. The rising tide of enthusiasm in the 1970s for saving the Concert Hall and securing the future of other arts-related buildings, accompanied by renewed vigour in the management of the music school, improved promotion of its services and cooperation with local authorities ensured its continuation. Its main purpose in 1881, of offering one-to-one tuition and the promotion of group and ensemble work remains the practice today. 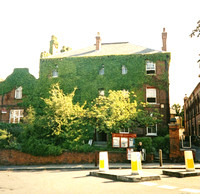 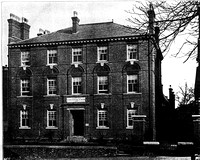 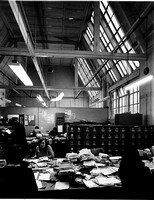 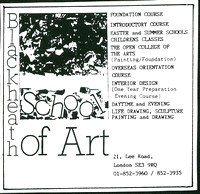